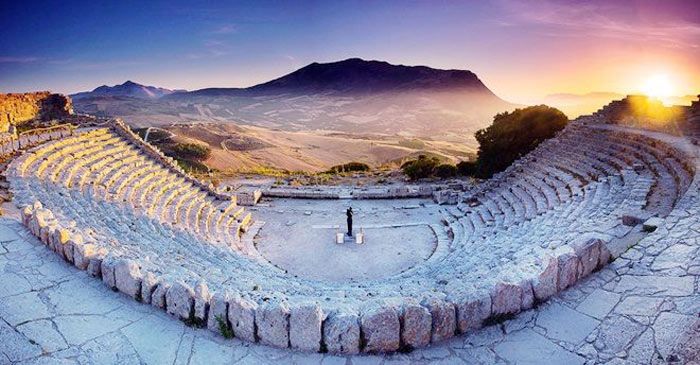 The program of the VII edition of the Dionysians, which also this year sees the artistic direction of Nicasio Anzelmo, will host a full calendar of events.

The theme is Amor et Furor.

The rich program created will be declined between appointments at sunset and dawn, with musical events, observations of the sky at night at the Doric Temple, in-depth meetings, which will also be attended by the actors after the show, realized in collaboration with the University of Palermo studies for the “Segesta Project”, dedicated this year to Giuseppe Pucci, an archaeologist and extraordinary man of culture who recently passed away who, in the activities of the Project, has always donated his vivid critical intelligence and intellectual curiosity.

In compliance with the rules, to prevent the spread of Covid-19, the seats at the Ancient Theater of Segesta, normally 1,800, have been reduced to 500 in total: the distancing will be respected with specific indications of the seats not to be occupied.

Tickets for all events can be booked and purchased online or at the box office on site. Costs vary according to the packages chosen or the reductions envisaged.

On the site it is possible to consult the entire program of the Dionysians and all the information relating to the festival.