Baroque and Neo-Baroque, first edition of the design Festival on the Baroque in Ragusa 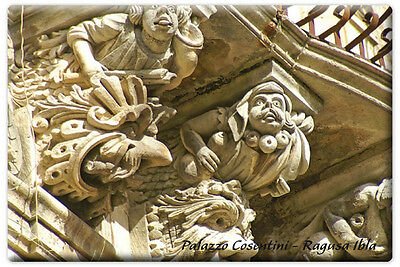 Baroque and Neo-Baroque is the zero edition of a “design festival” that aims to make the culture of design and business culture dialogue, in the context of the Baroque scenography of the City of Ragusa, the fulcrum of the eighteenth-century rebirth of the Val di Noto.

The festival, scheduled from 24 to 26 September, offers the opportunity to discuss the expressions of “neo-baroque” design, intended as a contemporary interpretation of that baroque aesthetic that has happily marked the history of the Hyblean territory and which is still a constant formal common to some cultural trends of our time.

In addition to a program of meetings and specialist insights for professionals, the festival stages site-specific art installations and exhibits the results of the research work of Academies and Universities, unfolding in different and prestigious locations, in a path of crossing the spaces of the city of Ragusa.

One of the main artistic sites that will host the installations will be Palazzo Cosentini, a typical example of Sicilian Baroque of the 1700s and one of the oldest Baroque buildings in the city of Ragusa. Here the creations of the designers will be exhibited, including Roberto Semprini, Elena Salmistraro and Stella Orlandino.

Another location is Palazzo della Cancelleria, also known as Palazzo Nicastro and located in the oldest part of Ragusa. It is a magnificent example of refined Baroque

Visits to the installations are free and remain open to the public for one month.