‘Banksy & Warhol’ exhibition at the Palace of Culture

‘Banksy & Warhol’ exhibition at the Palace of Culture 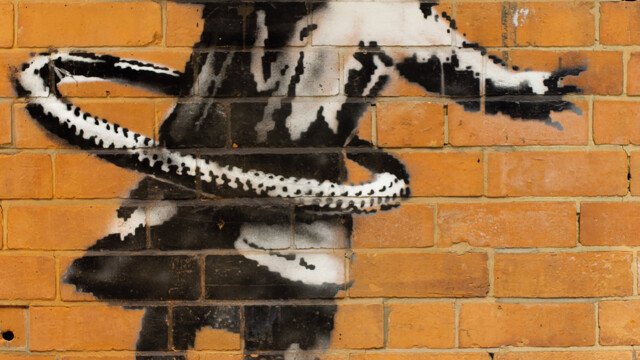 The exhibition, curated by Sabina de Gregori and Giuseppe Stagnitta at the Palazzo della Cultura in Catania from 20 November 2021 to 2 June 2022 at 9:00 am, and promoted by the Department of Culture of the Municipality of Catania, documents the innovative and revolutionary path of two great artists who have changed the way of experiencing art in the last 50 years: Warhol and Banksy.

A confrontation between two artists and two apparently distant personalities: the fabulous world of Andy Warhol, famous and omnipresent, the most photographed artist in the world, against the anonymous Banksy who has never posed for a photo and who risks being arrested by Disneyland to Palestine, making his art a worldwide media event. On the one hand, therefore, Warhol and his works that have become a product of
consumption and its name a real brand, and on the other Banksy a great communication expert who continues to make people talk about himself by transforming street vandalism into an international front page event, capable of reaching the entire planet, now a successful brand recognized all over the world, and not only in the art sector. Banksy, like Warhol, has become a real brand like Coca-Cola or Nike.

Two artists whose most famous works ever made are themselves: “In the future everyone will be famous for 15 minutes” said Warhol and Banksy replies: “Everyone in life will have 15 minutes of anonymity”.

Brilliant figures, capable of creating a powerful cocktail of celebrity, satire and voyeurism and who have been able to transform their art into an extraordinary event. The exhibited works will be over 100, coming from famous private collections around the world and from important art galleries.

From Banksy’s sensual Kate Moss in the Marylin pose created by Warhol in 1962, Banksy’s famous Hula Hoop wall made with the stencil technique in Nottingham in 2020 as an invitation to recover the sense of things. Warhol’s famous 1967 Self Portrait painting. And then the most significant works such as Warhol’s political portraits of Mao and Lenin and Banksy’s painting of Lincoln, Winston Chur-chill and Queen Elizabeth. Again, Warhol’s one-of-a-kind portraits of Mick Jagger, Billy Squier and Judy Garland.

Furthermore, the great themes common to both artists will be addressed: music and cinema, which will constitute a unique face to face. Fandango Libri will publish the essay on the two artists by Sabina de Gregori and Giuseppe Stagnitta who will accompany the exhibition.