Exhibition “SEGNI” from Cézanne to Picasso, from Kandinskij to Miró 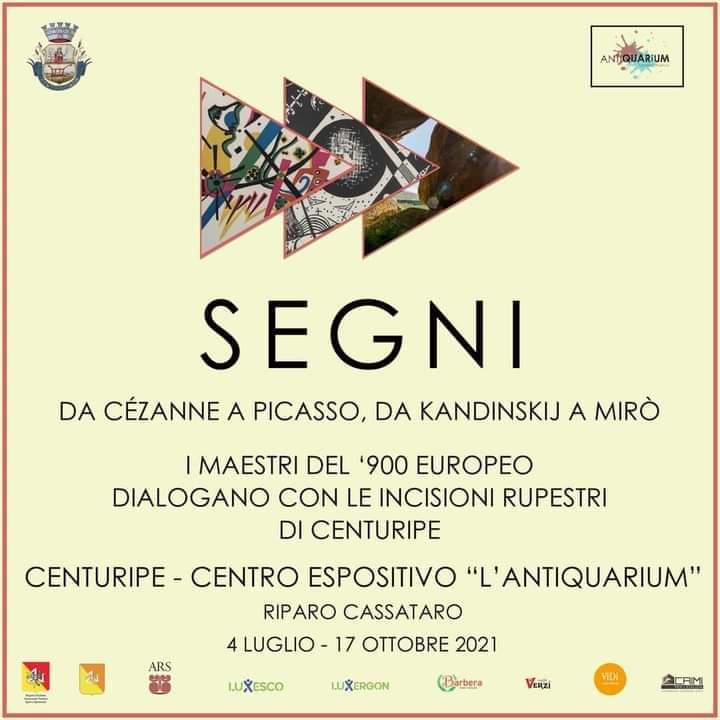 SEGNI. FROM CÉZANNE TO PICASSO, FROM KANDINSKIJ TO MIRÒ, THE EUROPEAN MASTERS OF THE 1900s DIALOGUE WITH THE ROCKY ENGRAVINGS OF CENTURIPE.

“Segni” is an ambitious project, which already in the title contains multiple insights and meanings.

Our land, Sicily, contains immense treasures, but more and more often some good ideas become fundamental for the promotion of the territory and for its growth.

Making Centuripe’s rock engravings dialogue with the greatest graphic works of the 20th century is one of those lively and fresh ideas deserving of visibility and support.

A “Segni” of the fact that in this land, everything is possible, since our most beautiful places live thanks to the breath of the Gods, to the peoples who have inhabited them for millennia and to the commitment of contemporary communities that want, with pride, to build a future of beauty.