Ypsigrock Festival in ‘Tiny but Needed’ version in Castelbuono 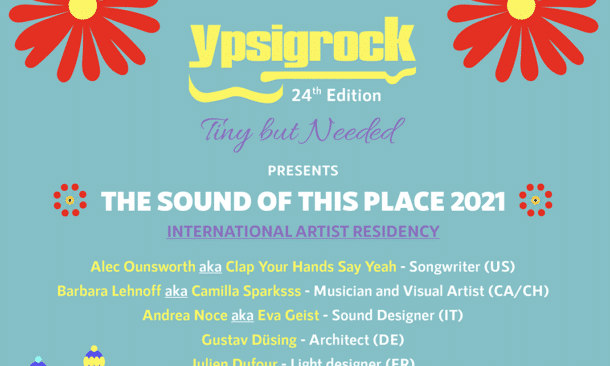 After the stop due to covid, Ypsigrock is back, an Italian summer boutique festival in a ‘Tiny but Needed’ version.

The long musical weekend of the Italian summer will be staged from 5 to 8 August in Castelbuono, in its natural setting in the heart of the Madonie Park, in a reduced form that will ensure its smooth running according to government provisions to protect spectators, show business workers and the bands that will perform.

“It will be a different edition, unusual in content, atypical in rituals – explain Vincenzo Barreca and Gianfranco Raimondo, founder and artistic directors of Ypsigrock – but always animated by the same singular spirit of refinement that has distinguished us as one of the most anticipated summer events in Italy. ‘Italy. Despite the difficulties due to the anti Covid measures, we have set up a high-level Line up, we have introduced new features, such as the artist residency and innovated ‘Next next’, our talent competition, thanks to the support of the Nuovo Imaie ” .

The performances will take place in the historic center of Castelbuono, on two of the festival stages: the Ypsi Once Stage in Piazza Castello and the Ypsi & amp; Love Stage, inside the Cloister of San Francesco. To access the event, the green pass will necessarily be required.

The performances of Ásgeir, the artist who has sold the most in the history of Icelandic music, overcoming giants such as Björk and Sigur Rós, Iosonouncane, the Italian band of the moment and Dardust, the producer of the most important successes of Italian music of the last years.

Molchat Doma will also return to Italy thanks to Ypsigrock, a Belarusian band that has conquered the public with its post-punk sounds and an aesthetic of clear Soviet post-industrial matrix and Clap Your Hands Say Yeah in solo which will see Alec Ounsworth, founder , frontman and one man band of the American project for some time, perform in an intimate set that will highlight his qualities as a songwriter.

Alec Ounsworth himself, together with the Italian sound designer but based in Berlin Andrea Noce aka Eva Geist, the Swiss-Canadian musician and visual artist Barbara Lehnoff known as Camilla Sparksss, the German architect Gustav Düsing and the French light designer Julien Dufour will give life at “The Sound of This Place”, the international artistic residency, which boasts prestigious international cultural partners.