Selinunte, in December Christmas concerts with visits to the site and wine tasting 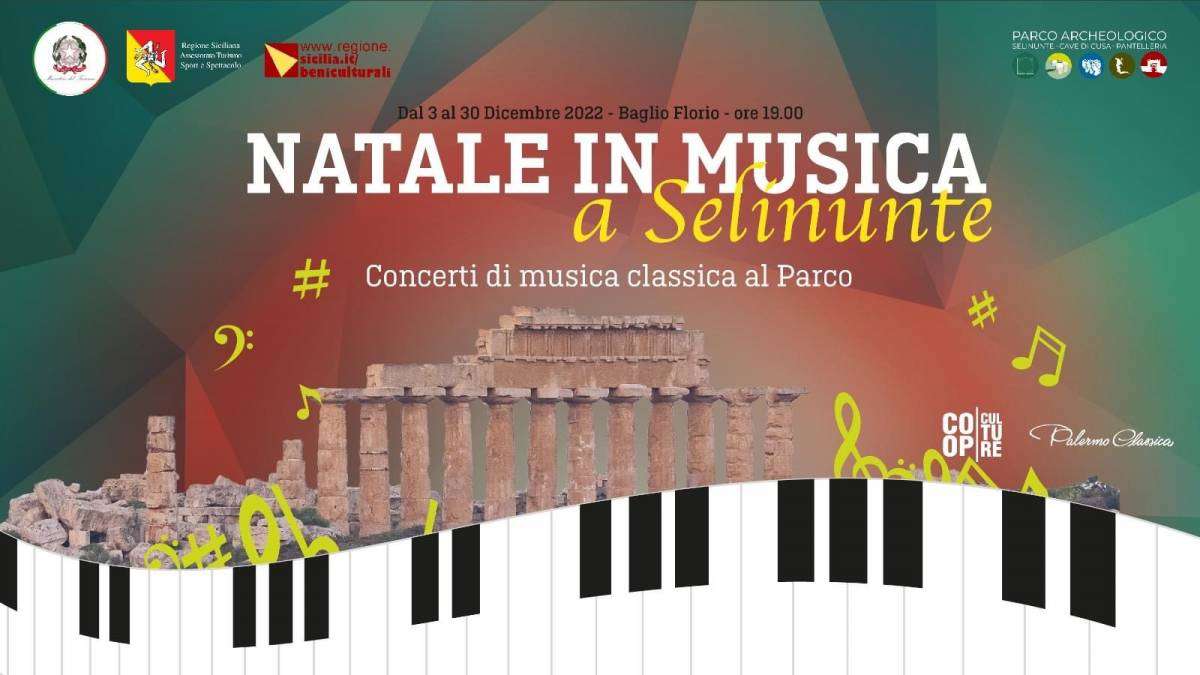 The Selinunte Archaeological Park launches a program of Christmas concerts which will be the spearhead of an offer shared with the tourist and economic operators of the area.
From 3 to 30 December, a cycle of five concerts will take place at the Baglio Florio, starting at 7 pm, expression of a project wanted by the director of the Selinunte Archaeological Park, Felice Crescente, and realized with the collaboration of CoopCulture and Palermo Classica. Five easy listening concerts, with captivating programmes, featuring young European musicians, considered the spearhead of their generation, often social media stars, with a following of thousands of followers.

Admission to the concerts costs 12 euros (reduced 8 euros) and includes admission and a visit to the Park and Museum and the connecting shuttle from the Park entrance to the Baglio. At the end of the concert, a tasting of wines produced by the Gal-Valle del Belice cellars will be offered.

An experiential tourism initiative that sees the Selinunte Park operating not as a solitary excellence, but as a cultural hub capable of becoming a development engine for the entire territory, aiming to strengthen the seasonally adjusted offer.

INFO TICKETS AND PROGRAM. 12 euros including the shuttle to the Baglio Florio for the evening concerts; 8 euros for admission to the Archaeological Park on Sundays, which can be purchased on www.coopculture.it and at the Park ticket office.