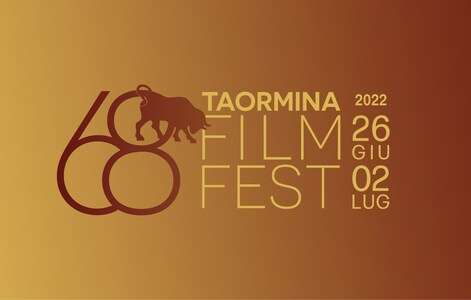 The 68th edition of the Taormina Film Fest opens in the name of comedy which from 26 June to 2 July will turn the spotlight of the Ancient Theater on to great cinema. On the centenary of the birth of Vittorio Gassman and Ugo Tognazzi, both born in 1922, this year the Festival in collaboration with the CSC – Centro Sperimentale di Cinematografia and Cineteca Nazionale, celebrates two unforgettable characters and international icons, with the testimony of their children Paola Gassman and Gian Marco Tognazzi.

The partnership with the CSC – Cineteca Nazionale, which is renewed after last year’s success, also includes a tribute to Angelo Musco, one of the greatest Sicilian comic actors with the screening of Once upon a time Angelo Musco. Made in 1953, the film is a curious and very rare tribute to the artist from Catania, made 16 years after his death: a collage of film excerpts, repertoire clips and scenes shot for the occasion (with the participation of Rossano Brazzi and by a very young Nino Manfredi), alternating black and white and color. The Cineteca Nazionale has restored it starting from the original negatives, replaced in the damaged parts using other positive copies, and is pleased to present it as a preview in Taormina.

The comedy will in fact be one of the fil rouge of the next edition, led by the three Directors Francesco Alò, Alessandra De Luca and Federico Pontiggia, signatures of journalism and film criticism, reconfirmed at the helm of the Festival after the success of the 2021 edition, together with the Coordinator General Gida Salvino.

Among the first novelties of this year there is also a cinema and music event dedicated to Ennio Morricone with the screening of Ennio at the Ancient Theater in the presence of the director, Oscar® winner Giuseppe Tornatore and with orchestral accompaniment. The film – an exciting reminder of the world’s most prolific and beloved musician, two-time Academy Award® winner, author of over 500 unforgettable soundtracks – won the 2022 Silver Ribbon for the Documentary of the Year by the National Journalists’ Syndicate Cinematografici Italiani and has been designated Critics’ Film by the National Union of Italian Film Critics.

The 67th edition, organized in difficult times, has in fact signed the return of the public to the cinema experience and the relationship with the big screen: the Taormina Film Fest 2021 was the first international level festival to be held in person. In 2022 we return to the Ancient Theater, the most fascinating open-air cinema in the world, a temple of the arts and an ideal meeting place between cinema and glamor, culture and entertainment.

Produced and organized by Videobank Spa as part of a three-year mandate – with the concession of the Taormina Arte Sicilia Foundation and with the patronage of the Tourism, Sport and Entertainment Department of the Sicily Region, the Sicily Film Commission, the Municipality of Taormina, the MiC and in collaboration with the Naxos Taormina Archaeological Park – the Festival will turn the spotlight of the Ancient Theater on great cinema from 26 June to 2 July 2022.

text and photos from the web