The Kouros found until October at the Ursino Castle in Catania

The Kouros found until October at the Ursino Castle in Catania 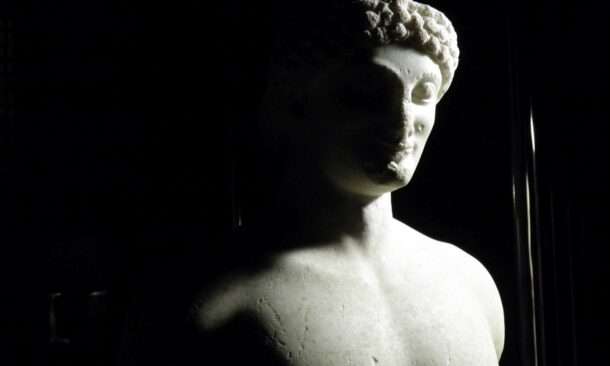 The ‘Kouros rediscovered’, a Greek statue restored to its integrity after the “assemblages” of the “Biscari head”, owned by the Municipality, with the torso returns to the Civic Museum of the Ursino Castle in Catania, from 14 April to 2 October , the ‘kouros di Lentini’, which belongs to the Paolo Orsi archaeological museum in Syracuse.

The idea of ​​assembling the two finds, launched by the art critic Vittorio Sgarbi and collected by the Municipality of Catania, took shape in 2018 thanks to the commitment of the then councilor for cultural heritage of the Sicilian Region, Sebastiano Tusa who, with the Fondazione Sicilia, promoted the restoration work carried out by the Siqilliya company, presenting it for the first time in Palermo in the Sala della Cavallerizza of Palazzo Branciforte.

The Kouros, a Greek statue with a funerary or votive function, depicting a young man, was widespread in the archaic and classical period, between the seventh and fifth centuries BC. The one on display in Catania assembles Lentini’s kouros, a headless ephebe torso acquired in 1904 by Paolo Orsi and kept in the Regional Archaeological Museum of Syracuse that bears his name, and the Biscari Head discovered in the eighteenth century by Ignazio Paternò Castello Prince of Biscari and preserved today in the Castello Ursino Museum.

The second stage of the exhibition for the Castello Ursino headquarters, after the exhibition at the Paolo Orsi Museum in Syracuse and at the Museum of Cycladic Art in Athens, includes a new exhibition project.

Ticket prices (including the visit to the Castello Ursino collections) </strong>

Reduced : 8 euros for groups of at least 12 visitors, young people up to 26 years, over 65 and holders of specially activated agreements

Free for children under 6, 2 chaperones per class, schools of the Municipality of Catania, disabled visitors with a companion, tourist guides with license, accredited journalists