BCsicilia Nights kicks off: 50 events to enhance the territory 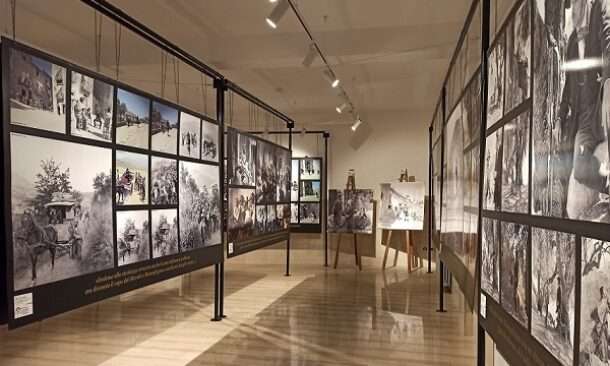 Like every summer, “The Nights of BCsicilia” are back: 50 summer initiatives to get to know and enhance the territory which for 2022 includes guided tours, music, conversations, screenings, readings, exhibitions, book presentations.
It starts tomorrow, Saturday 23 July, with an initiative dedicated to Verga to remember the great Sicilian writer 100 years after his death and, after forty-two days and forty-four countries involved, it ends on Friday 3 September in Caltanissetta with the initiative in memory of Carlo Alberto From the Church. A long series of original and characteristic events that will all be held at nightfall.

Many guided visits to the artistic heritage of Sicilian towns. In Bagheria at the Hortus Deliciarum in Villa San Cataldo, in Mazzarino at the Farm Cultural Park, in Montelepre a night walk in search of Hyccara. the buried city, in Collesano you go on the trail of the Zoppo di Gangi, in Termini Imerese instead the guided tour will be dedicated to the paintings of the lower town of Vincenzo la Barbera and his school, in Agira you go to discover, between cult and tradition, the Abbey of San Filippo, also in Palazzolo Acreide you will go to see its buildings from Liberty to the late Baroque, while in Catania you can go for a walk with the myth with an exclusive guided tour of the eighteenth-century Palazzo Scuderi. In Gangi, on the other hand, the figurative art of the late eighteenth century will be known with the sculptures of Quattrocchi.

Also in Sciacca there is a walk among the ancient mills, while in Gela you will go to the discovery of the ancient neighborhoods, in Villabate an opportunity to explore the anthropogenic and natural cavities of the area. In Roccapalumba an archaeological excursion is planned at sunset, while in Valledolmo under the stars the initiative is dedicated to megalithism. There are also several guided visits to museums and exhibitions. In Ciminna at the exhibition “Il set del Gattopardo”, in Isola delle Femmine at the “Joe Di Maggio” House Museum, in Mussomeli at the Archaeological Museum, in Agrigento instead the visit will cover the exhibition entitled “Project Genesis: art and human rights” . Finally, there is also a foray into spaces related to sacred art: with a visit to the Diocesan Museum of Mazara del Vallo to that of Nicosia, and in Altavilla Milicia to the Museum of ex-votos.

Many book presentations. In Marineo: “Men, resources, power and devotion to Marineo”, while in Ficarra “Trema la notte” and “Science of love”. Also in Cefalù we talk about the volume “Sicily to discover: villages, nature reserves and unusual museums”, in Lercara Friddi “The Sicilian origins of Frank Sinastra, in Campofelice di Roccella” Falcone and Borsellino is not an airport “, in Ciminna” Reunite , Protect, Represent. The religion of the Saints in Sicily ”and finally in Marianopoli the book“ A Mitistrato: Guide to the Museums of the country ”.

Three inaugurations of exhibitions created by BCsicilia: in Torretta “Dante’s Inferno told by Dorè”, in Isola delle Femmine “The art of play: Exhibition of ancient toys”, in Montemaggiore Belsito instead the photographic exhibition opens its doors : Journey through the archaeological emergencies of the territory. While there are two commented readings planned, at the Castle of Mussomeli “The symposium” by Plato while at Alia the Minos always by the famous Greek philosopher. In Riesi, the inauguration of the “Immagina Riesi” event and the screening of the docu-film “A Waldensian History” are scheduled.

There is also space for music with two concerts scheduled in suggestive places: between the gorges of the sanctuary of the Madonna del Furi in Cinisi and a performance at dawn at the Roccia Amorosa di Villalba.

There is also room for an important sector such as the agri-food sector. In Sciara the Agriculture Night will be held: a journey to discover the agricultural territory of Sciara between tradition and innovation, while in Messina there will be a cultural path to learn about Sicilian rice and finally in Vicari a Talk show dedicated to the Vicarese almond, from the earth at the table in program tasting of the products.

In Trabia there will be the “Night of the Lanza”, the family that marked the history of the country, while in Palermo organized a trip among the Sicilian puppets: the Theater and u Cuntu, with a visit to the collection and a theatrical performance. In Misilmeri you can participate in the Archeotrekking a Montagna grande, while in Castellammare del Golfo the initiative is entitled: “Sunset at the village of Visicari between History, Nature and Literature”, in Sciara the “Astronomy Night” was organized : Stars, Saints and Gods, while in Lascari, together with Auser, the 16th Poets and Dreamers Competition is scheduled. Finally, the Ponte Figurella in 3D is presented in Termini Imerese, a digital archeology project carried out by BCsicilia, while in Partinico the inauguration of the first edition of a Borgo di libri is scheduled, a three-day event dedicated to readers, authors and to the editors, housed in Borgo Parrini with colorful buildings inspired by the Spanish artist Guadì.

“As every year, we propose a suggestive journey to discover the territory and its stories, imagined within an island told in its extraordinary unity. Fifty cultural initiatives – underlines Alfonso Lo Cascio, regional president of BCsicilia – to spend enchanting nights in many enchanting places and make known the extraordinary historical and artistic heritage of the region. A different and original way of living the summer to rediscover traces of a past that tell the story and identity of a people. All the initiatives are carried out thanks to the commitment and civil passion of volunteers who are increasingly proving to be an irreplaceable resource for the enhancement of our land “.