THE PASSION OF AGATA – Sacred representation with Sicilian puppets 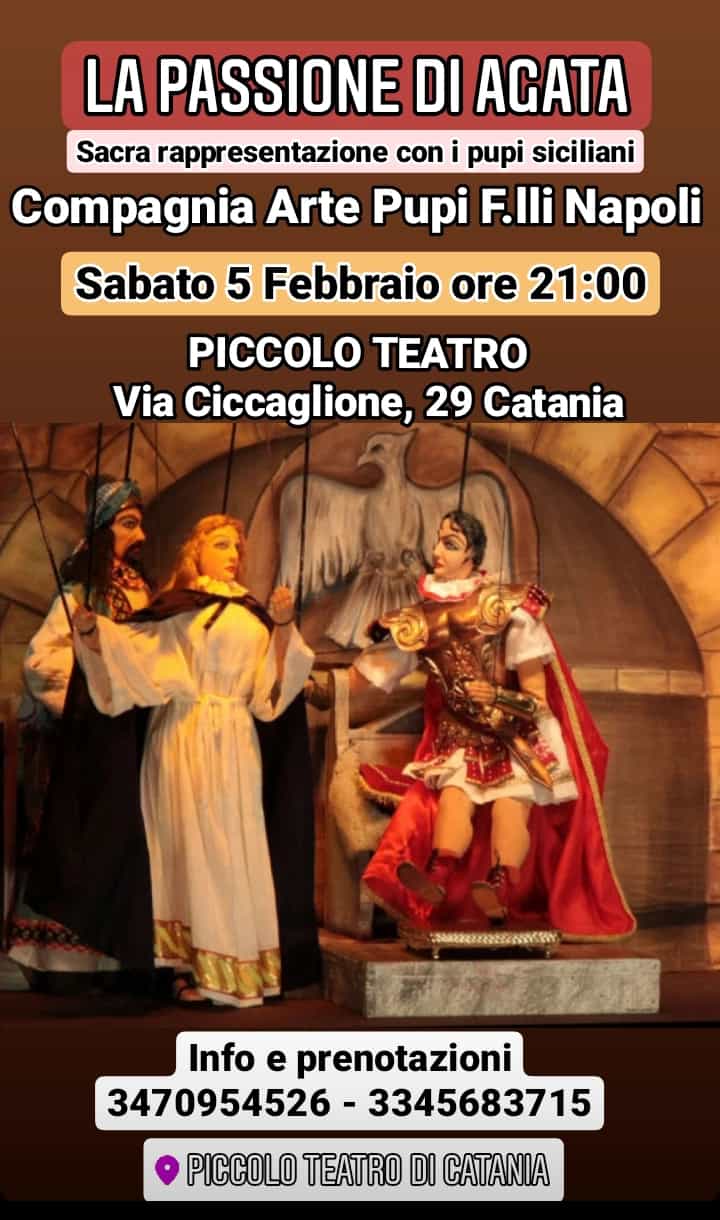 The Company wanted to resume this sacred moment of the repertoire by referring above all to the Latin Acts of St. Agatha, commonly considered the most reliable for the reconstruction of the events of the Màrtire. We also wanted to keep in the staging all those traditional episodes that are not told in the source taken into consideration, such as the famous details of the loom and the veil. In their adaptation they have tried to outline the inner drama that emerges from the verbal skirmishes of the two protagonists: Agata, fervently in love with her Christ and frankly nourished by a passion for rhetoric, and Quinziano, blinded by passion, but even more wounded in his pride. of mighty put in check by a defenseless girl.

The building intent of this sacred representation remains, as it was at the Opera dei Pupi, in which two opposing and irreconcilable visions of the world – then as now – are confronted, in a perhaps naive but effective way. (Alessandro Napoli)