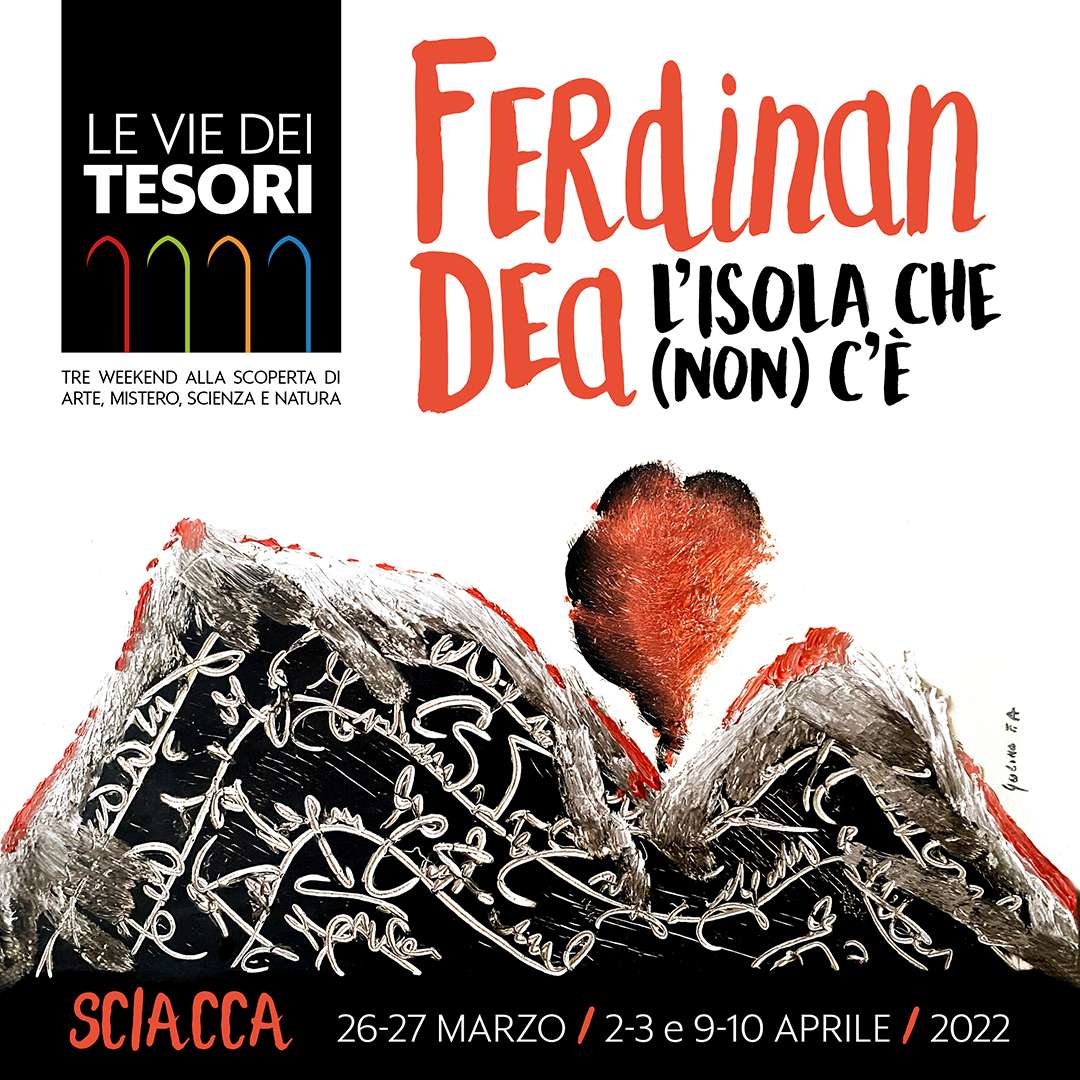 Ferdinandea Island, which this spring edition of Le Vie dei Tesori in Sciacca is dedicated, is the island of dreams, of longing. It all begins with an eruption in July 1831. 30 kilometers from Sciacca, passengers on a ship see a column of smoke coming out of the sea. In the following days, as if by magic, a strip of land emerges from the waters: it is Ferdinandea Island, the daughter of lapilli and ashes erupted by the Empedocles volcano, which is still dozing in the depths of the Sicilian Channel. In a short time, the island became bigger and bigger, reaching about four square kilometers, attracting the attention of the military powers of the time. What is interesting to know is the symbolism of the island, “the thinking island”, according to the Saccense artist Franco Accursio Gulino who made it a cornerstone of his poetics, and which will be declined in the various sites, through works that enter a symbiosis with the places that tell them.

For main info click on the link below: https://leviedeitesori.com/ferdinandea-primavera-2022-sciacca

Photos and text from the web