Theater, music and meetings: the Bluebeard Fest in Morgantina 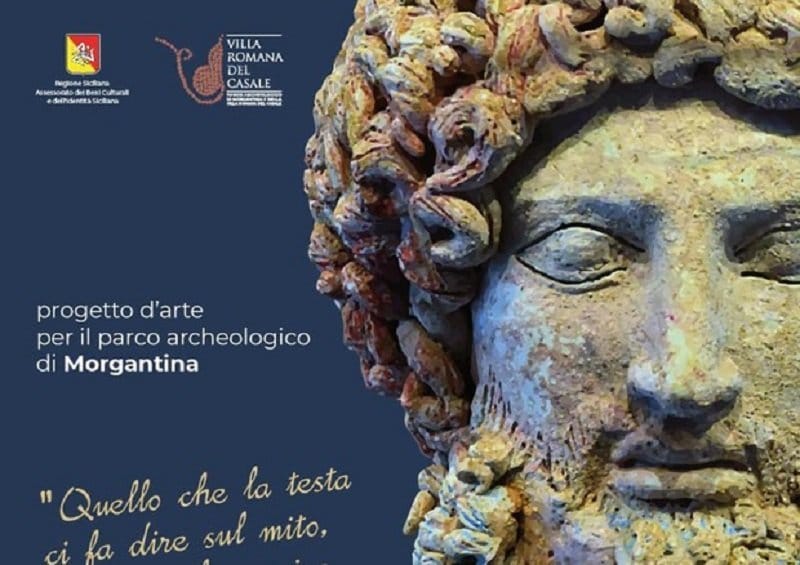 The stones speak, and sing, this is how a classic stage returns today with the Bluebeard Festival – supported by the Regional Department of Cultural Heritage and Sicilian Identity -.

It actually starts from one of the most important finds returned to Sicily, the Head of Hades (stolen, found at the Getty Museum in Malibu and returned) but it is called into question with its affectionate and popular nickname, which comes from those blue curls of the beard, and that tastes so much of a fairy tale: Bluebeard, or, as the mood of the festival says, everything that our head makes us say about myth, theater, music and more.

A new festival that for the first time brings theater, debate and music to the archaeological park of Morgantina (Enna), directed by Liborio Calascibetta, is born on this imperceptible thread that escapes the obvious.

From 19 August to 4 September, in the two nearby spaces within the archaeological site, the Theater and the Ekklesiasterion, a billboard wanted by the councilor for Cultural Heritage and Sicilian Identity, Alberto Samonà, built by the playwright and director Giuseppe Dipasquale , from an idea of ​​Pietrangelo Buttafuoco. Production and general organization by Terzo Millennio by Andrea Peria.
“The myth, the tradition, the ancient yet contemporary language, because universal, of the theater – underlines the commissioner Samonà -. And again, the music that looks beyond, within each of us, just like books and narratives on texts and literary suggestions.

This first edition of Bluebeard could not have debuted in a better way, a cultural project that intends to develop in the heart of central Sicily, in Morgantina, a broad debate on culture, on our identity, on the role of Sicily itself. Starting from the languages ​​of art, from reflection on current events and with solid roots planted in an ancient land “.
“BarbablùFest is a festival designed for the archaeological area of ​​Morgantina – says the artistic director Giuseppe Dipasquale – as a project for meetings between the various artistic cultures of the vast Mediterranean area”.

It opens on August 19th with the concert of Lello Analfino & amp; Tinturia to close on 4 September with the multiethnic Orchestra of Piazza Vittorio. Among the musical events, on August 27 the concert by Roberto Cacciapaglia, with his “Cosmos”, and a tribute to Franco Battiato by Juri Camisasca & amp; Radiodervish, August 29th.

The theatrical program opens on 21 August with Clytemnestra written by Luciano Violante, president emeritus of the Chamber, with Viola Graziosi, directed by Giuseppe Dipasquale. On 22 August the actor and director Ninni Bruschetta and the pianist, composer and conductor Cettina Donato present I Siciliani. True juice of poetry.

On 23 August it will be the turn of Salvo Piparo, with A judge as God commands to present – with an introduction by Giuseppe Sottile – his special note on Rosario Livatino. And yet to close Roberto Nobile on 25 August who will draw his The stories of the world from Ovid’s Metamorphoses; Mariano Rigillo with The Breath of the Gods lowered into the tangible pain of the Trojan women of Seneca, on August 28th; Mario Incudine, Antonio Vasta and Manfre di Tumminello to tell the story of I Mille del Ponte, on 31 August.

The theater closes, Leo Gullotta, in Minnazza – myths and pages of Sicily, directed by Fabio Grossi on 3 September.

The calendar also includes a series of prestigious meetings and presentations: Maria Giovanna Maglie with her e-book “I Dannati del Covid”; the adventures of the brilliant Saverio Lamanna in “Màkari” (Sellerio) with Gaetano Savatteri; the Lectura Dantis by Aldo Cazzullo.

Text and photos from the web (ANSA)