The overwhelming Feast of Saint James in Capizzi

The overwhelming Feast of Saint James in Capizzi 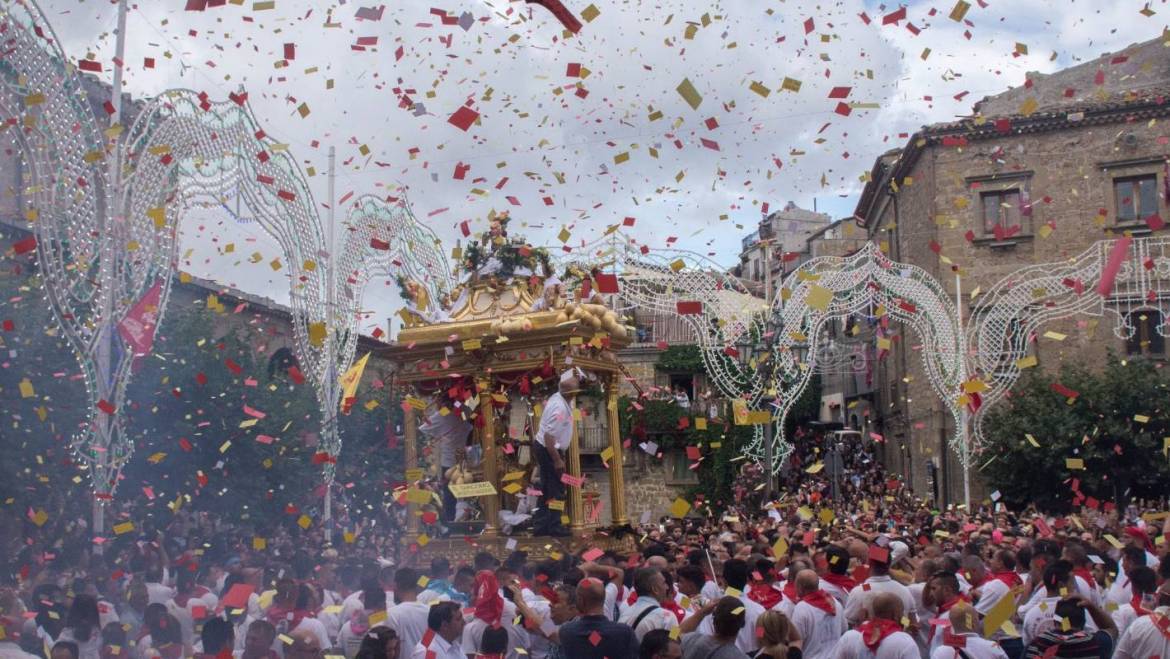 There is a small village in Messina province where every year, from July 16th to 26th, one of the oldest and most suggestive festivity in Sicily takes place, that of the Patron Saint James

This year the feast of St. James in Capizzi will not be held as usual, but we still want to tell you how it unfolds and what its peculiarity is, inviting you to plan in advance your next summer holidays in this Sicilian village.

The feast is characterized by some truly touching moments: first of all the parade in theme costume, which takes place on July 22nd to remember the stay in Capizzi of Peter II of Aragon, who donated a banner with his coat of arms to confirm his protection, followed by “U viaggio” of July 25th, during which devotees leave at dawn in procession, barefoot, both out of devotion to the Saint but also to ask for grace. The climax is reached on the day of July 26th with the Procession of the fercolo: the Saint is supported on the shoulder by many devotees through the streets of the town, until he reaches Piazza dei Miracoli, where a very special ritual is held during which sacred and profane merge and the Saint is used as a ram, to violently beat the wall of a small house built next to the church of Sant’Antonio.

Each year, the wall is hit until it collapses, to then be rebuilt and be able to repeat the rite the following year: the number of beatings given to knock it down will establish the extent of miracles or misfortunes to which the locals will be subjected. There is, in fact, an ancient tradition now disappeared, according to which when the beatings given to the wall were equal, for the harvest it would have been an excellent year; when, however, they were odd, these would only bring misfortunes and famines.