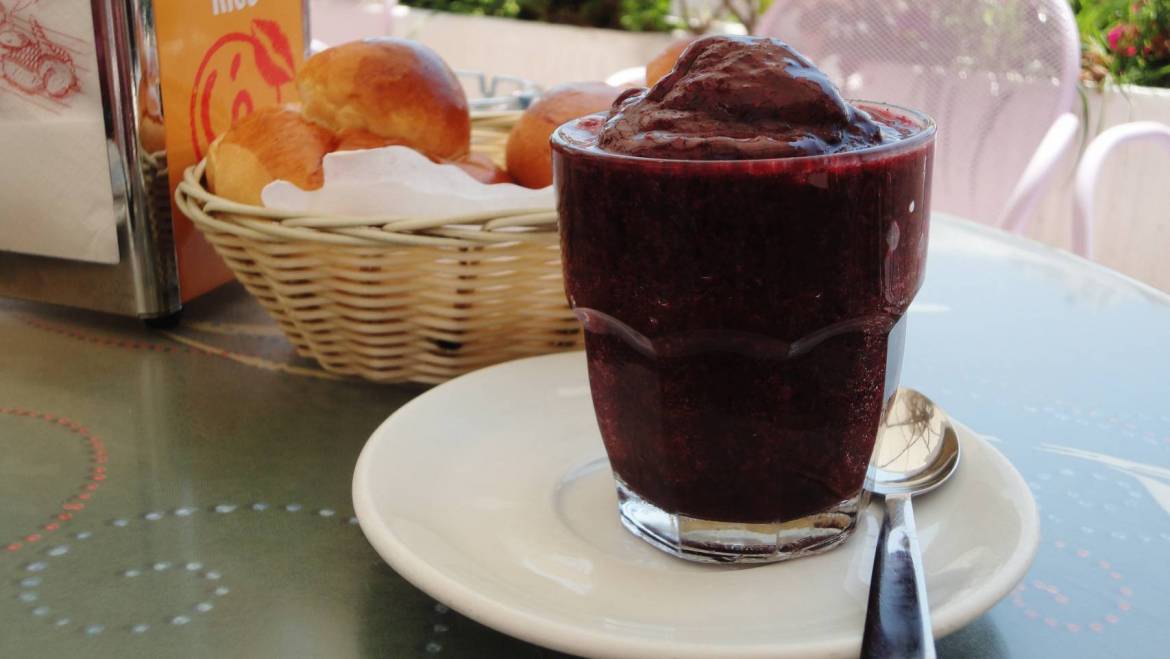 Are you curious to know the origins of a cold dessert, typical of the Sicilian cuisine, among the most famous in the world?

Today we would like to talk about a typical Sicilian delicacy, which has ancient Arab origins and which for its goodness and freshness has become the typical summer breakfast of Sicilians and tourists from all over the world: let’s talk about granita!

As mentioned, the granita was invented by the Arabs, who created an iced drink, flavored with flowers and fruits. But the real granita was born with the advent of the “neviere”, was dug in the mountains, especially on the eastern Sicily side, where during the winter months the snow was collected and preserved, covered with fern and earth and then pressed until it became ice. The large blocks of ice, in the warmer seasons, were transported to the valley with mules and large wooden trunks, to be sold to the wealthier families who used them to store food. Hence the “rattata” (grated), the snow that has now become ice, grated, and enriched with different aromas such as coffee, lemon, fruit, and flowers.

Over the years it became clear that the snow-salt combination was an excellent coolant and so was invented, the “well” a zinc container where snow and salt were mixed in the cavity, then pressed and closed with jute bags. Water was inserted inside the well, replacing the snow, sugar instead of honey, and fruit. Thanks to the rotating movement of some scoops, the ingredients were blended into a creamy and homogeneous compound that took the place of the “rattata”. And from here, what is now called “granita”

Subsequently, these ancient techniques have given way to modern machinery, refining production techniques, and expanding the choice of flavors containing the very essence of Sicilian flavors and aromas!

Be careful, though! There is no respectable granita without the “brioscia col tuppo”: a soft round-shaped sandwich with a characteristic “tuppo” from which it takes its name. Its origins are little known but we know that the name derives from the typical hairstyle of Sicilian women, that is hair gathered on the nape like a bun. In addition to the brioche, the granita can be accompanied by the classic sandwiches or even by the “zuccarata”, a donut-shaped biscuit, sugar-free, and covered with sesame seeds, summer memories of our grandparents!

To make a long story short, whether it is enjoyed with brioscia col tuppo, with a sandwich, with zuccarata, lemon, coffee, chocolate, pistachio, prickly pear flavor, with or without cream, you can’t help but try breakfast so good at least once in a lifetime!

You know what? Sicilians eat it at any time!

So, what are you waiting for! Enjoy your Sicilian granita! 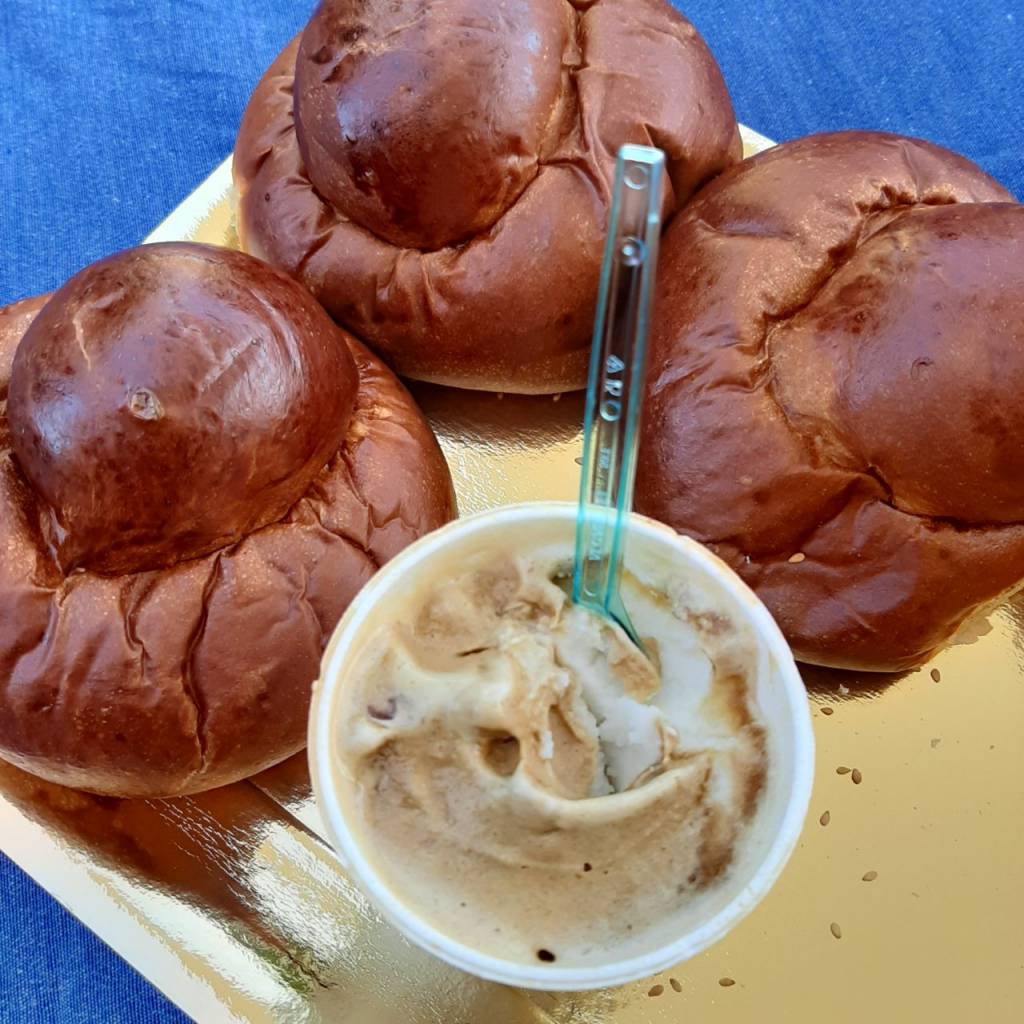 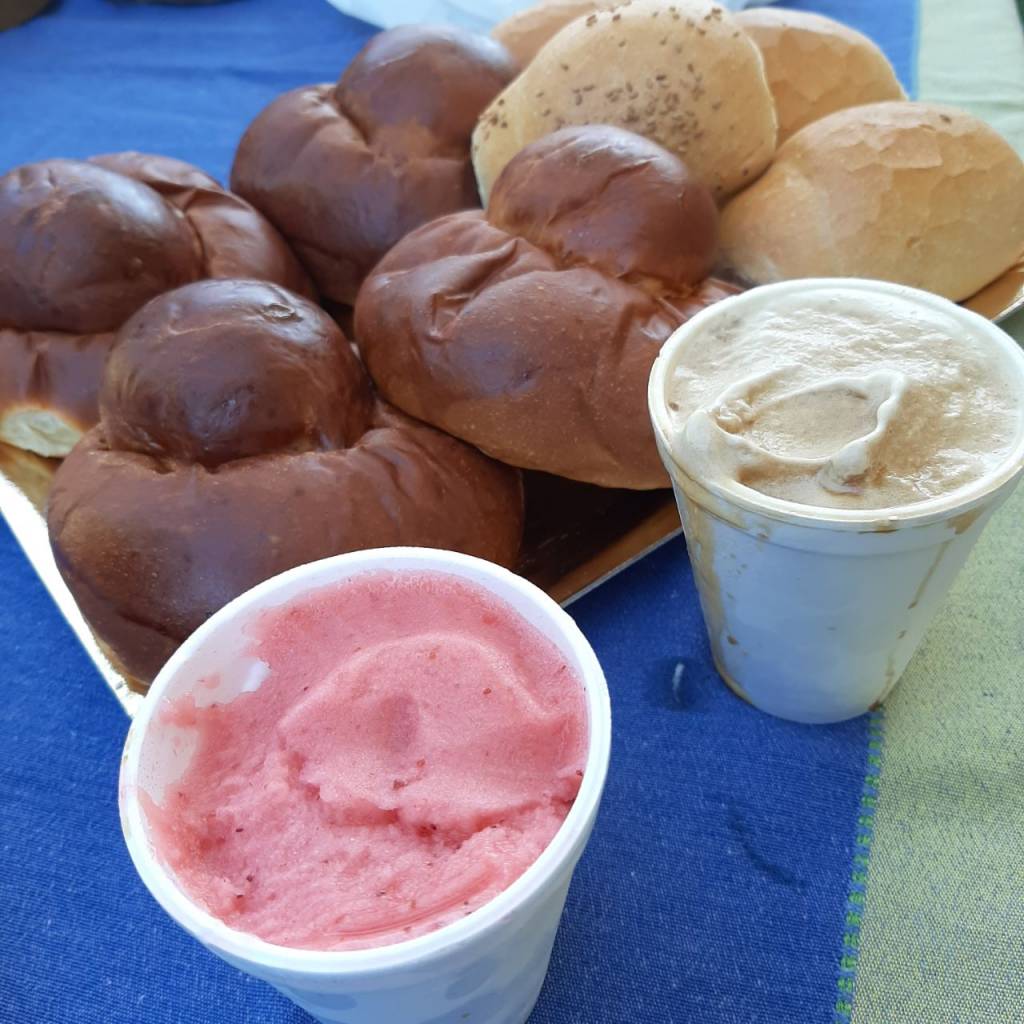 In the land of wonders made in Sicily 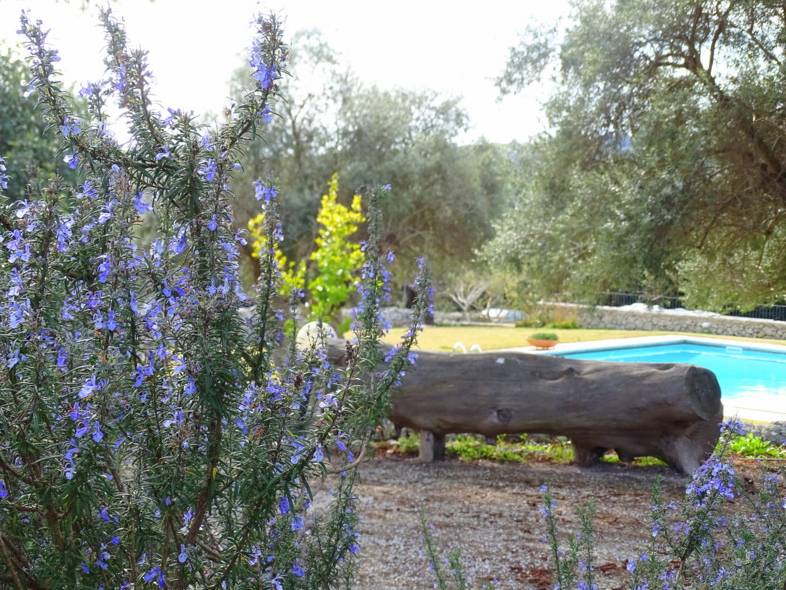 A dive in the past signed Alfa Romeo

Isolane “on the road” aboard sparkling vintage cars
Carica altri articoli
Share:
This site is registered on wpml.org as a development site.